Now I understand why Hollywood, Netflix, HBO, ABC, CBS, NBC, Disney, Nickelodeon, Broadway, etc. will not hire actors with a diagnosis, with obvious or mild challenges.

In an attempt to entertain, the writing may reflect some of the realities faced by an individual who is considered to have limitations. But a trained actor is the one hired to perform the role of someone they have no knowledge of, they cannot relate to, many times, they don’t even respect who they are. This trained actor pretends to have a diagnosis and pretends to make others laugh or cry. Decent writing and marketing may save the show. This is pathetic, ridiculous and short sighted.

It can get expensive to bring to fruition the hiring of writers, camera men/women, technicians, actors, extras. Tons of laws have to be followed and liability insurance quadruples? But in this day in age, that’s an excuse.

Fear of  these uncharted waters — of bringing to a set a person who may require extra attention, assistance, repetition of directions or simply, not  responding like everyone else would — is what rules the decision making in the big meetings taking place daily. Millions of dollars are being distributed, controlled by few who reject the notion of finally diversifying the creative arts. This explains why my requests, emails, notes, etc. have fallen into the dark zone…

This week my daughter participated in a theater summer camp — 40+ kids with teens and some adults with acting experience would organize an adapted version of Trolls in one week! That’s commendable… and they did it. It was fun. It was cute. It was entertaining. It was real. It was far from per 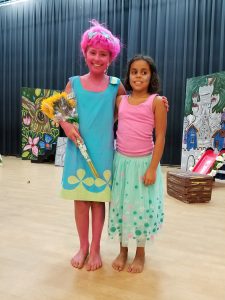 fect. It did not need to be.

My daughter did not get a leading role. My daughter had to be explained – several times –  this show she’d be joining would not be identical to the movie she’s seen 30 times… My daughter had brief behavior crisis during practice because she would not have the opportunity to jump on the trampolines, like other kids. The camp leader worked it out and made some adjustments. And this is the relevance of this post — the organizer, shaker, committed leader of the camp gave herself the opportunity to bring in children who have a diagnosis and give it a try.

As a parent, aware of what my child can and cannot do… I shared valuable info regarding her strengths and challenges. I emphasized, I just want her to be a part of the process not the end result. The process was beyond enriching for all. The end result was eye opening…

My daughter – who was supposed to be in the opening scene – was nowhere to be found!

My daughter appeared on stage 5 minutes into the show and joined everyone else. 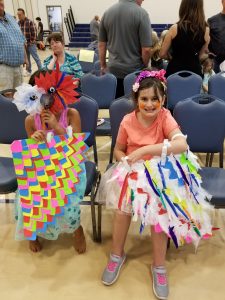 and beak mask) – it did not happen, she was in the wrong side of the stage and missed that moment.

My daughter enjoyed the dance part and looked so happy – like all the other kids. (No rules, no expectations, no pressure)

My daughter did not scream when the whole stage was dark.

My daughter lasted the first half of the show and joined the audience for the second half.

My daughter did not bow at the end with everyone else.

The leading actress was so gracious and honest when she told her, I’m proud of you, you did so great. 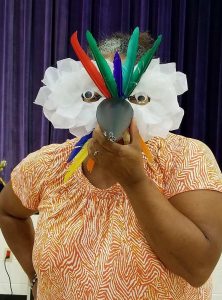 ntertaining – for countless kids who have a hard time feeling accepted elsewhere. It is a start and may they find the funds to do more camps, with all kinds of kids… Also, accepting the support of parents to guarantee kids will not miss their scenes. 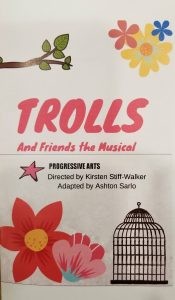 f the girls and to do the beak and face mask different —  as I explained:  I’ve seen what my daughter did during practice —  she interacted with the little ones and then she was by herself and she was always moving. So the way they dress should reflect who they are. Yes, different from the rest.

They are part of the whole yet they are slightly different and that is good. They’re going to do what they can do and enjoy it most of all.

I shared with a mom:  “The camp format is not what our kids need but if we decide to only have them where their needs are going to be catered, they will never learn to deal with the rest of the world.”

And Hollywood and cronies can learn from our experience. Parents like me do not seek catering to, we seek an open door, opportunity. If it lasts 5 minutes OK, we try again. But let us try, don’t shut the door and then say, it did not work, she did not follow the script or she wanted to change the script!

And  that I look forward to… scripts changed by those who they supposedly represent!!

I wrote this last December –

About the #media and its reporting, portrayal of individuals with disabilities 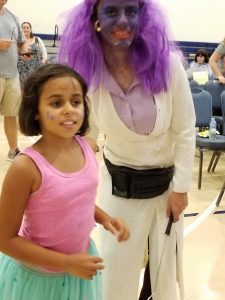 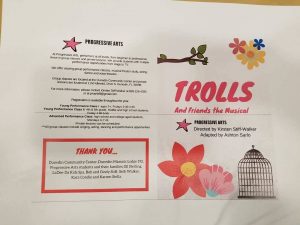